The kids are playing outside in the mud and traipsing it through the house now and again. The sun is shining and it's a beautiful autumn day. Car is packed for the trip to Cheltenham to visit the parents who recently moved into my great grandmother's house. There are photographs of my mother there as a child, when there were still orchards and possibly a fox. My mother relates a story of being taken to feed the chickens and her grandmother shooing her away because there was a small viper.

As a child we lived in a lot of houses in a lot of towns and cities in Zimbabwe and South Africa. My grandmother's house in Borrowdale, Harare, was a home when we were growing up as we stayed there so often as children. When they left and moved into a townhouse some of my roots were pulled up and maybe some tendrils were left in the soil. When we left my last home in Zimbabwe, it was as if I buried my heart in the garden. It took me at least two years to summon it back as I mourned and mourned for house and land and country.

I moved to London at seventeen and lived in posh houses, squats and flats. My firstborn and I lived for sixteen years in a flat in central London where he still is and I am some of the time. We now have a family home in Wales, a small bungalow stuffed with memories and photographs in the loft: this is my husband's grandmother's house.

Thank you God; for grandmothers, for continuity and for life that goes on. As believers our home is always elsewhere, but tracing history, and memories, and a sense of coming home, will always be.

https://www.youtube.com/watch?v=1vrEljMfXYo
Posted by Emily Barroso at 14:49

I thought I would share with you my thoughts on three novels I have recently read. In doing so, I shall share them with me in order to trigger my own recollections since they are so easily forgotten, except in the case of a few, such as Stoner - unforgettable, or now, I think I can safely say, Gilead.

The Fever Tree took a while to get into, I was worried it was too Mills and Boon and almost put it down, muttering as I did about commercial novels and I would have cut the ship narrative at the start considerably, but once it got to South-Africa, some hundred and fifty pages (as I recall) in it became powerfully evocative in terms of prose and the way it captured the SA landscape. It looked at true love as opposed to attraction and choices made/opportunities almost missed and lessons learnt. In the end, it brought to mind some colonial classics: Story of An African Farm, My Brilliant Career, in terms of haunting landscapes that 'speak.'

Fair Play by Tove Jansson looks at the relationship between two women artists and how they make art and life together on a remote island and in Helsinki. Tove's work is like looking through a calm clear sea and discovering more and more exquisite fish the deeper you look. Eccentric characters enter and exit, adding to the appeal of the book, but they become most interesting in terms of Jonna and Mari's comments about them - in their presence. A wonderful book about adventures taken and captured on 8mm film, love, and art; nuances and habits appreciated, picked up on, argued over or not. And of endings. Labora et amare.

Gilead by Marillyne Robinson is a masterpiece. It is flawless in terms of prose, narrative pace and all that it speaks of: life, religion and love. What I particularly liked was the way Robinson portrayed faith in all it's complexity. The generous, yet often conflicted spirit of her protagonist, the dying John Ames, who records for his young son the details of everyday life, often seemingly mundane, but just as often illuminated by a sense of the miraculous, is wondrous. Through the stories of his father and grandfather (preachers as well), a family history unfolds and with it troubling scenes regarding race, poverty and murder. It is a reminder of America's past and perhaps a warning to it's future - a novel with soul and spirit. A classic.
Posted by Emily Barroso at 16:27

Cleaning Out My Closet 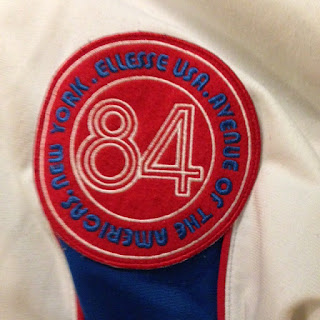 In line with my desire to live more lightly in various ways, I have been cleaning out my closet, literally, though the Eminem song Where's my snare? Is playing in my head. My entire vintage wardrobe, along with several Vivienne Westwood numbers has been snapped up by anonymous bidders. They were very snap happy for Viv. There have been mishaps. I sent my flowery Doctor Martens to someone who was expecting a camel coloured wool coat and vice verse. That took some time and expense to unravel, and unravel I almost did as I messaged back and forth praying that each disgruntled punter would play ball, or boot as the case was. Happily each agreed to send to the other. Thus my past has been passed around the UK, and, in the case of a seventies halter-neck dress, last worn to a music industry party during the rise of Oasis - to the US.

Each item of clothing that has been packaged and sent had a story behind it. The 60's and 70's dresses worn to gigs and parties or on stage during my fleeting singing career in 90's Camden. Or the designer stuff I have from my modelling days prior to that. Before that, I had been collecting vintage clothes since I was a teenager. I used to go to Diagonal Street in Johannesburg and rummage through piles of clothes in basements until I emerged with winkle pickers and sixties suits that I would take in on my mother's sewing machine and later wear to the clubs I was way to young to be at. If those clothes could speak...and they do, imbued as they are with memory. Who will wear them now? I have been surprised at how hard they were to actually give up, even though I had determined to. 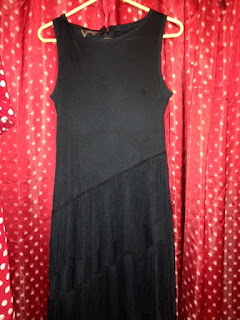 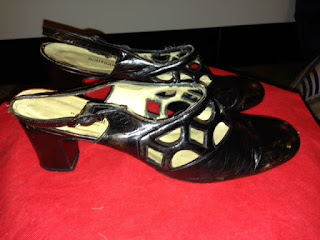 Which isn't to say that my glad rags were all bad news. Oh the fun we had! It's just that for me it is important not to dwell on the past but to live fully in the present. We do have photographs after all, though those can sometimes be fraught too. My father passed away nearly two years ago. He was not around when we were growing up. I only met him when I was twenty-one and thereafter on only a few occasions. After he died, my sister and I went to collect his things, including a large box of his photographs many of which were taken in nightclubs and parties in his heyday as a singer and actor and general charmer.  I haven't been through the photographs yet as there was an exhibition that they were needed for and they were only recently returned. I intend to and want to, but the box has a mark of the Pandora about it. I have often found nostalgia a tricky emotion to manage given my peripatetic and sometimes fraught childhood. The clothes that speak of the many lives I have lived, the photographs speak of what was and what might have been. The clothes have travelled on to adorn other lives. The photographs have arrived from Portugal, and what a route they have taken, those potent squares of reminder. 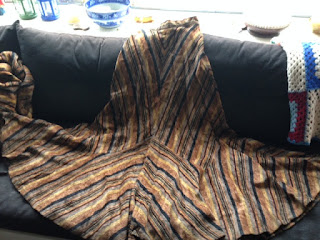 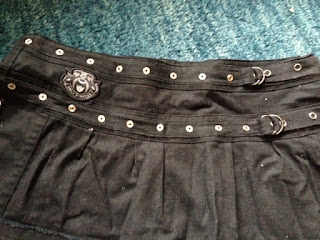 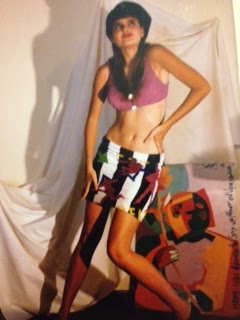 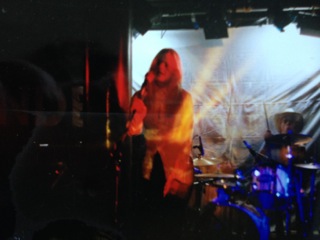 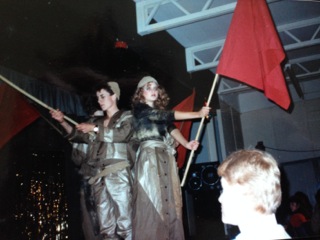 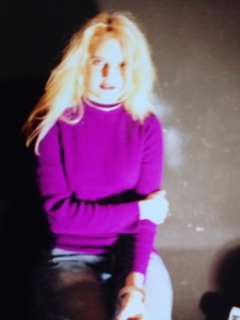