Educating off piste (not off pissed) 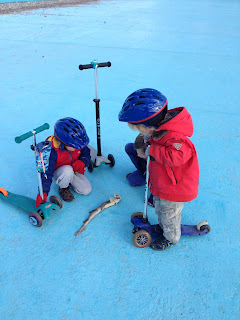 It's been absurdly long since I wrote a post - Christmas was the last one. Actually I drafted this one on the third of March and didn't send it! Then, like Alice disappearing down the rabbit hole I scarpered to London with my daughter for my production, Children of the Resurrection in which she danced. 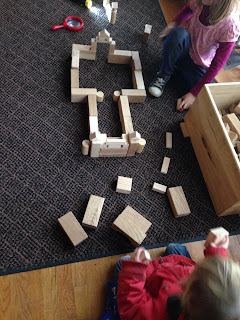 The year thus far has been filled with a heady mix of book editing, play writing and home educating, the latter being by turns productive and often bonkers, but the children are progressing well using these methods: productive in that it happens most days and on those days English and Maths and many other things are taught to my young children. I use a variety of materials including a basic curriculum that I sometimes follow, but generally we go off piste - hope you grasp the spelling of that last phrase and don't call the social services. Just to be clear, I never go off pissed when I am educating my children (and neither, for the record do they) we certainly travel off road at our homeschool - and yes, in this case we sometimes learn off site, as in today when we met up with some other homeders (is that a new word?!) for various creative activities (including glass painting!) and drama and chin wagging (in my case). We also learn outside, at various castles and National Trust properties, in the woods and down on the beach - with sticks and pebbles and water obvs! 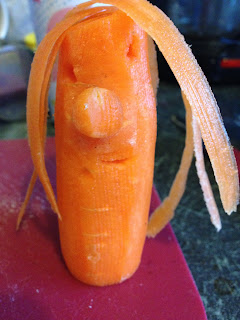 I have found, as I suspected, that the more creative the task, the more engaged the kid is. Thus there is often a zany atmosphere (particularly if my toddler is rampaging around yelling 'bottom!' or 'toilet!' - not as a request but as a response) and a creative task in most things we do. Having said this, I do ram some of the traditional (and the spiritual) into the day: The Lord's Prayer and dictation and proper story telling for my elder daughter as well as poetry writing, and presenting (aka 'show and tell') and so on, but invariably there are drawings, toys and puppets involved and many obstacle courses for PE - inside and out - often on the beach where crazy races feature. Often one activity will produce a theme that is then carried through from one subject to another - the other day PE involved puppets (including our letter 'G' puppet Gilbert who, thanks to my youngest disrupts the class by showing his bottom all the time, and a word building treasure hunt with word and number prompts and ended in a lesson on fractions (that involved cake!) I find with kids, that the more comedy there is, the more they want to learn, though of course there are days when gravitas is required, but not for long. 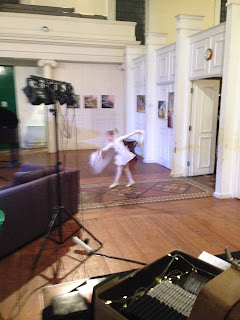 There are many pleasures to home schooling - not least being at the frontline of their responses - and being able to tailor make the style of education to fit the learner - my son learns differently from my daughter - but quite simply it is a joy to be able to share the learning journey with them, and the many others whom we meet with who have chosen to educate outside the societal norms. One of the things I most enjoy is watching my kids get up in the morning and draw or make paper sculptures. My son is obsessed with chameleons and frogs, so there are many painted and sculpted creatures around the house that he has made with whatever he hauls out of the art drawer. He now seems to be moving on to traction engines. Similarly my daughter gets on with her multi media projects or paints murals on the back of the house or all over the Wendy House. There is plenty of time for her to pursue her dancing and singing interests and to take part in her mother's productions too.

Not trad, but thus far they are well adjusted, well rounded, and well ahead - smaller classes = faster and more holistic learning. And we have only just begun.
Posted by Emily Barroso at 16:00