Hello again. I know, it has been too long. We have been having a whale of a time in Wales - in two senses in my case, given I am only two weeks away from dividing into two, I am better off floating than waddling as I am currently better not seen doing around town.

Our local library is closing! Despite the fact that my fines could have kept them afloat for books of years. This is sad. Sad because apparently the local kids on our Camden estate do not use it to borrow books but only to use the computers - and play football with the plastic veg from the kids kitchen in the corner - which is funny to watch, but also sad because they are not interested in the books.

I read recently, that there are pockets of England where folks cannot read at all! I also read that teachers  have been complaining that some children starting school can only grunt and some are still in nappies. http://www.telegraph.co.uk/education/educationnews/9628234/Gove-laments-children-who-start-school-in-nappies-and-are-unable-to-speak.html This is tragic. If only their parents could have read more, they could have read more to them, instead of parking them in their buggies in front of the tele (as I read they have done). 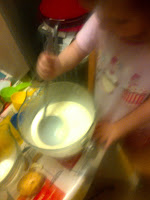 Peeing through the eye of a needle at fifty paces

Anna Davis reports in last Friday's Evening Standard on the chase for elite school places being like an 'arms race.' She quotes the headmistress of Bedales, who describes a 'bunfight' for places as if this is a new trend. My son, who is now deep in the throes of GCSE's, went to a state primary school in Hampstead. He only went there because he was denied a place at the local school which was spitting distance away, despite the fact that he had attended the nursery. This Hampstead school was full of the children of highly competitive professionals and about two kids from the local estate. All the kids, apart from the few from the estates and or single parent families, were being more hot housed than Dutch tomatoes - some from year one.

In year five, the playground became an unbearable place to be as the wives of businessmen, part time doctors and the occasional househusband swapped tutor information clandestinely, while pretending that little Hugo or Flora was not being tutored at all because they were so darned clever. The parents of the realistic had become ardent churchgoers. A lot of these kids were spoilt and obnoxious through no fault of their own. They were often unsporty and not very healthy looking given that they had no outdoor lives, forced as they were to spend every afternoon with tutors or at French or Latin classes, instead of using their own imaginations mucking about with their friends. Most of them got into one of the private schools - thank God, else their parents would have committed social suicide. Much playground boasting ensued. It was puke-worthy given their former furtiveness.

From my perspective, there were only two exceptionally gifted boys in that class. One did go to Westminster, the other went to a state school. The other boys who went to private schools were pretty average, but they had been tutored up to their bulging eyeballs, poor lambs. I have no idea how these kids are doing now, but I suspect it might not be such a good idea to tutor kids into private schools where they might end up struggling due to a lack of natural ability. So it was with great interest that I read that the heads of 13 grammar schools in Buckinghamshire have joined forces to create a new "tutor-proof" 11-plus. They have asked Durham University to come up with an exam focusing on pictures, diagrams and number sequences, presumably to root out the naturally bright. This is a great start, but a lot more needs to be done to help children from less affluent backgrounds get a chance to attend a good London school.

During the run up to the 11 plus in my son's year, I went to a North London party where I encountered a spinny labour politician (guess who?) whose kids went to the local state school. This man and his wife prided themselves on sending their kids to the local state school. The local state school happened to be the best school in the borough - and the borough is one of the most expensive in London. There are kids from the local estate who go there too, but their going there is random - they happen to live in proximity to the school due to where the council allocated them. I doubt that the political couple would have chosen to send their kids to one of the other schools in the borough, such as the one I was offered; I drew the line there myself and instead sent my son to an academy in another borough that had just been built. Given it was an unknown, there were plenty of spaces. Nowadays it would be easier to pee through the eye of a needle at fifty paces than get into my son's school. Unless you happen to live next door...

I've been struggling a bit with the moody blues today (not the satin clad ones, they are always tuneful and not discordant as I sometimes am) and have tried various things to snap me out of it. Reasoning: I am just tired. Solid sleep hours per night this week 3-4 (not bad)
I am on a downer after being high yesterday (not on drugs or brain chemicals: on accomplishment).

Music: This worked for a while.
Media: Online papers etc., this did not work
Brief prayer on the loo this morning whilst trying to wake up: This helped. My problems are teeny-weeny compared to great big God.

Cooking (in advance!) for beloved and friends this evening: This helped. Why? The nurturing aspect of cooking and anticipating the evening ahead helped me dwell on the loved ones that are so important to me, which led to...
Thankfulness and meditating on all that I have...
Which has led to buoyancy and a sense of accomplishment, that is outside of myself and my quixotic headspace.

Oh and this afternoon, sliding down a three tier slide at a kids soft play centre holding a one year old (and an eight month pregnancy) is good for a laugh, though what the other parents thought is best left unguessed.
Posted by Emily Barroso at 19:24